Ernie! Confound It! What Have You Done Now?

Ernie was a guy who never caught on, it seems. But, he tried. He had three different strips (all by 'Vic Brown'), each appearing in a different title. He debuted in All Great Comics in 1945, and popped up in both Rocket Kelly and Zoot Comics in '46.

Although he may only have had these three comic tales, it seems his adventures were ongoing well before that time. The first story opens up "Yes! Ernie has blown the top off the peace and quiet of his home again!" And Ernie's father is already tired of his dren... 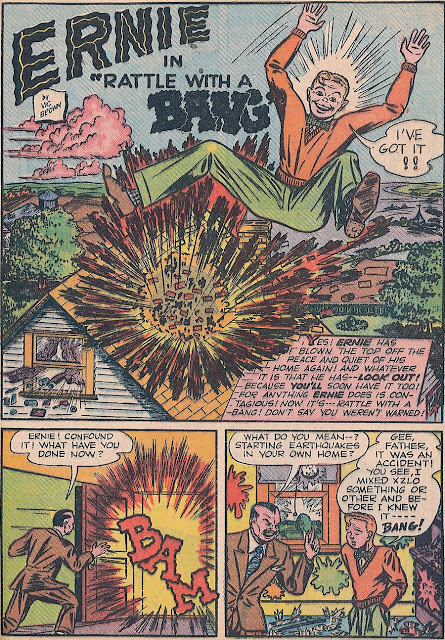 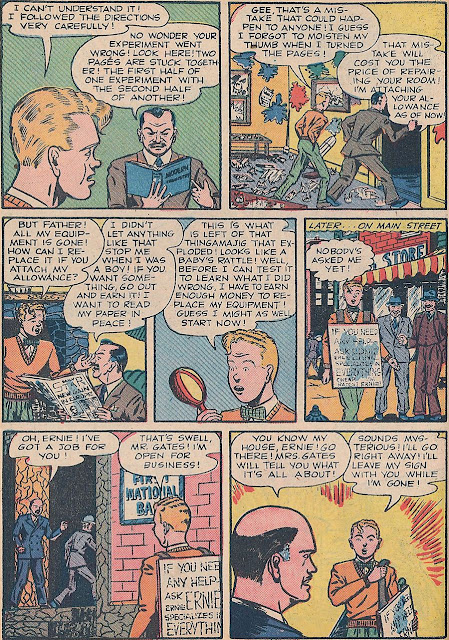 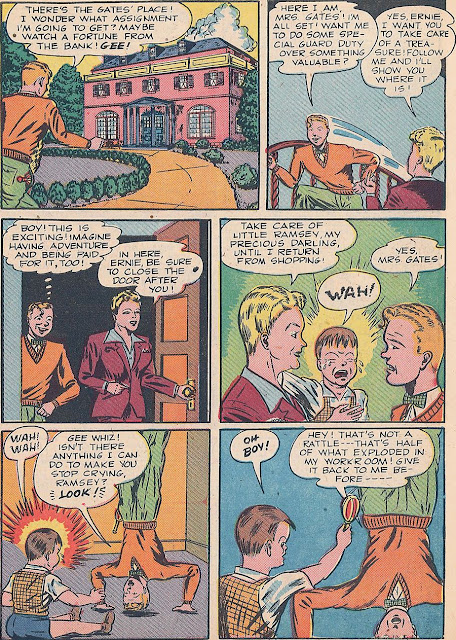 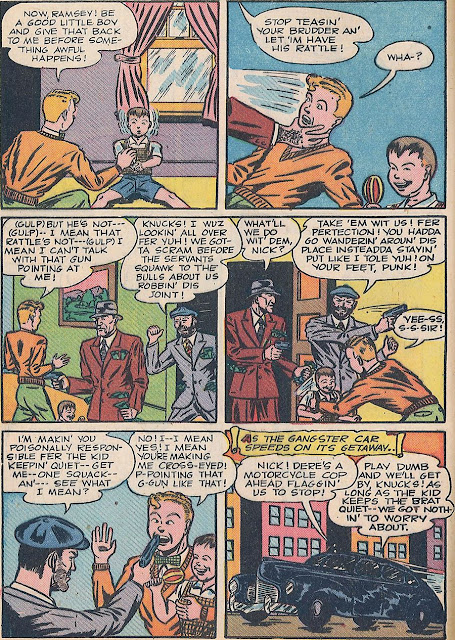 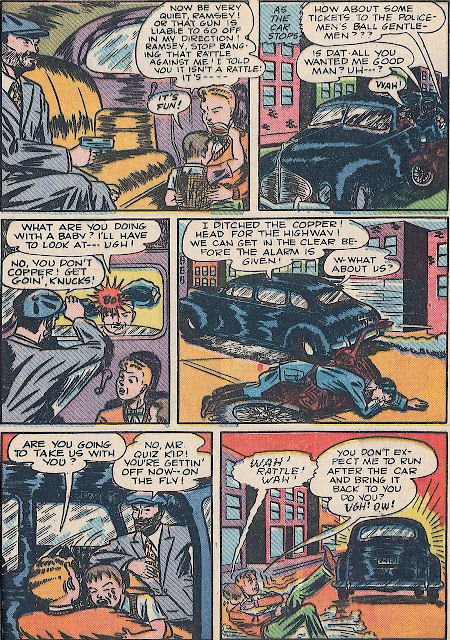 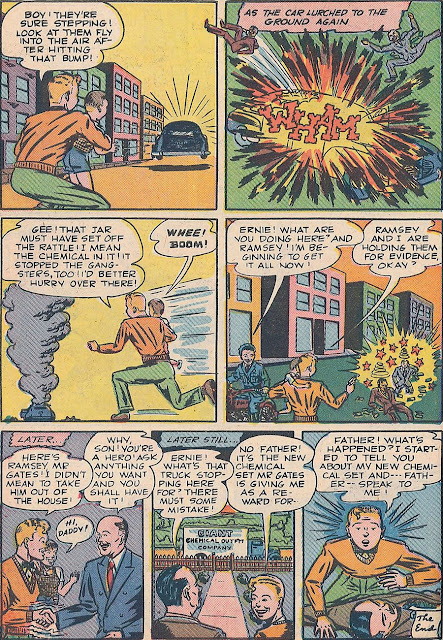 Ernie's interests turn from science to fantasy for his next tale. (We're guessing on the order here. One story is from August-September issue, the other is from the Fall issue. Ipsy/bipsy) His attentions have turned from chemistry to the tales of One Thousand And One Nights... 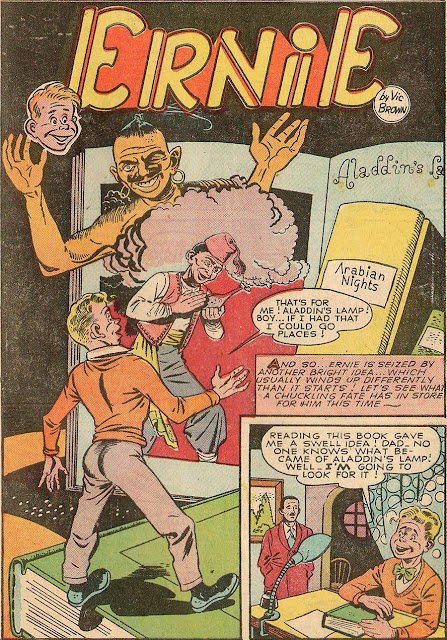 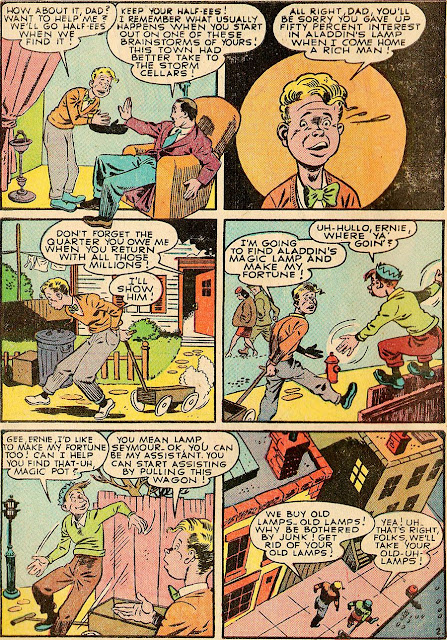 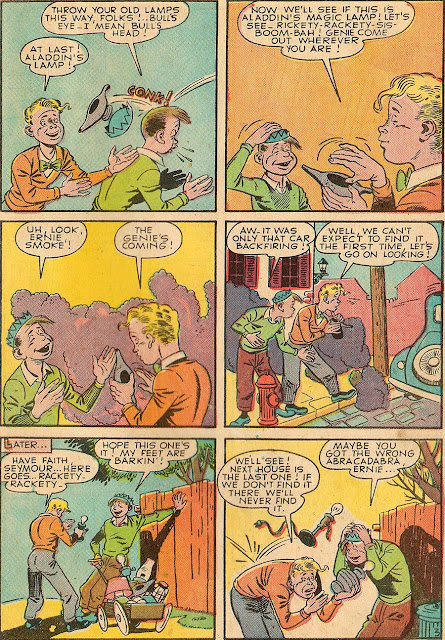 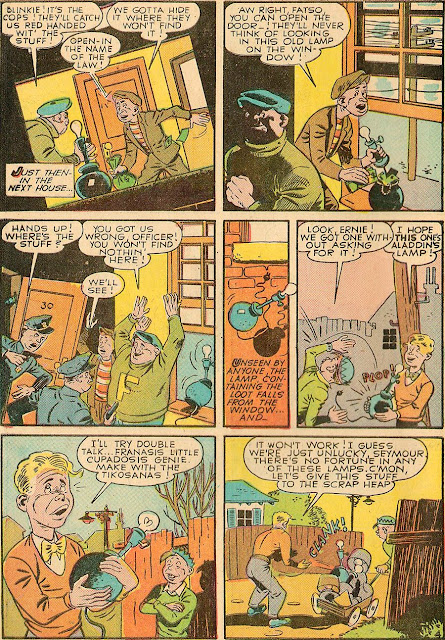 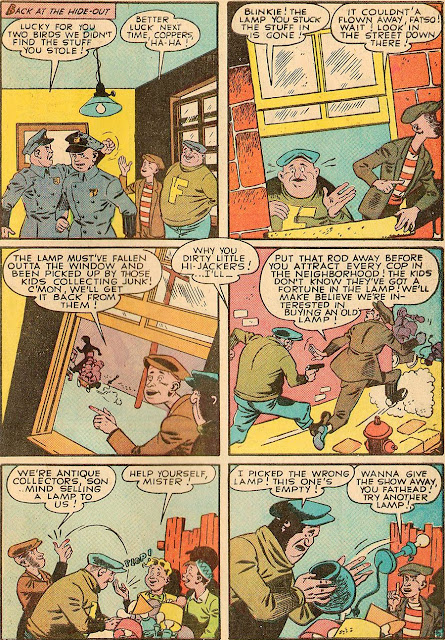 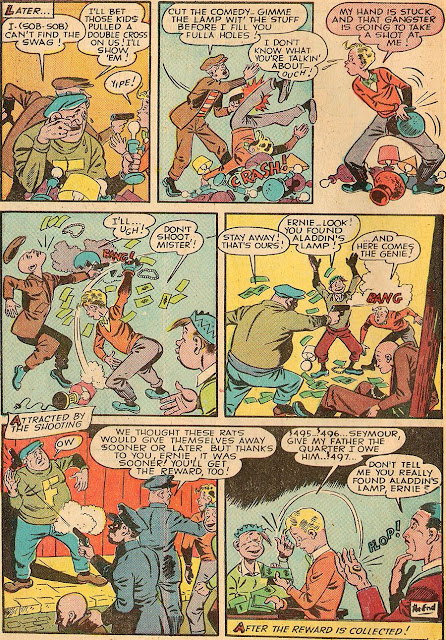 He manages to combine his interests in science and fantasy for his third, and final, tale... 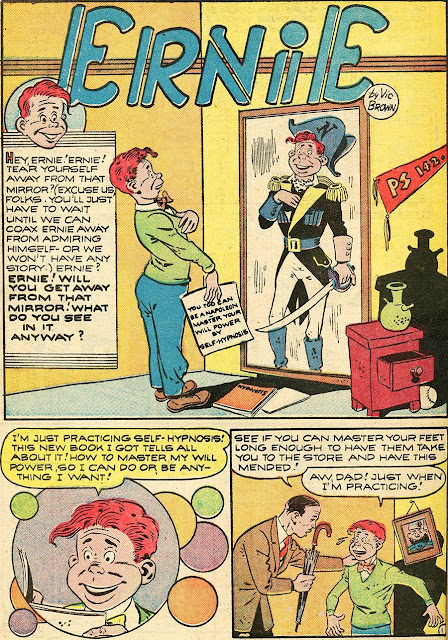 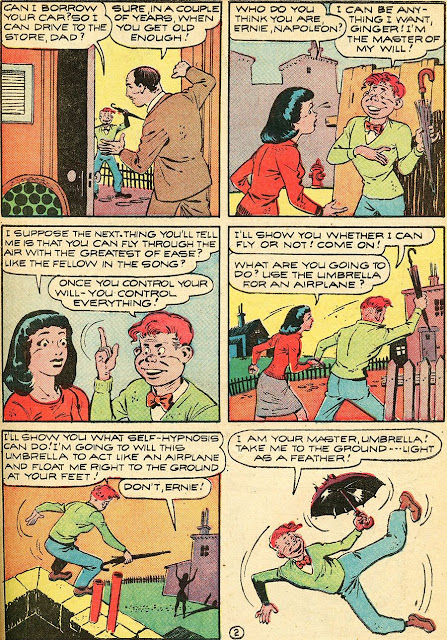 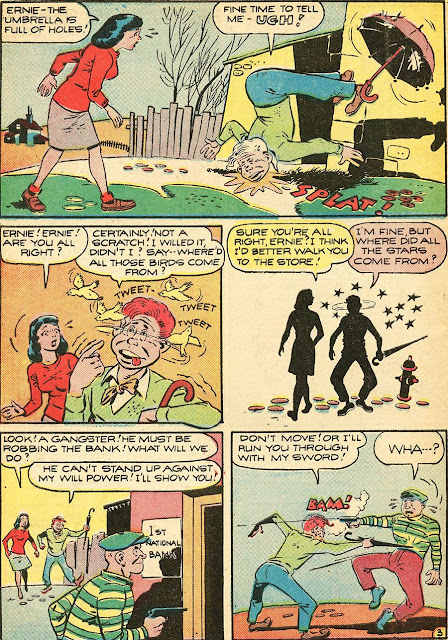 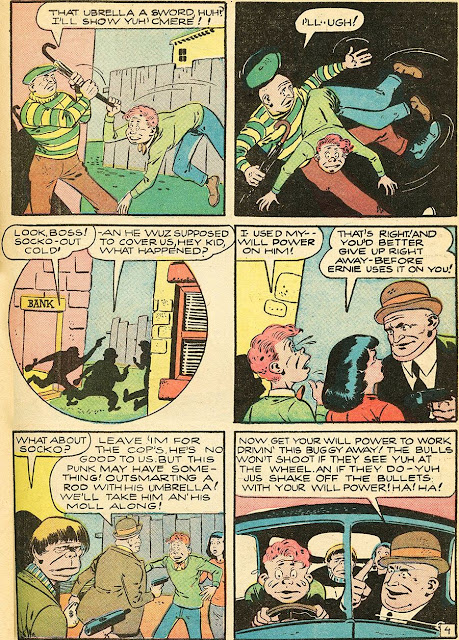 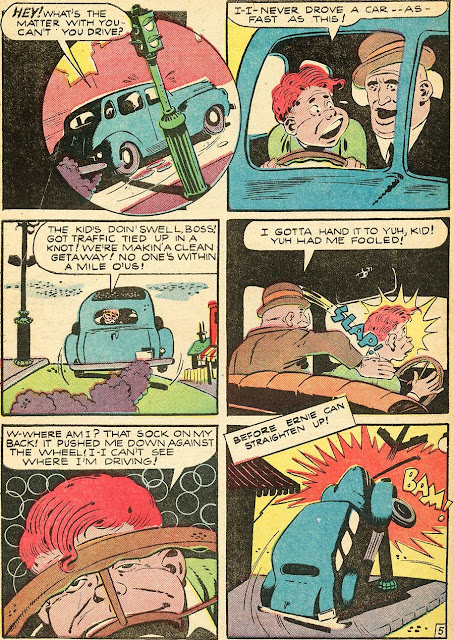 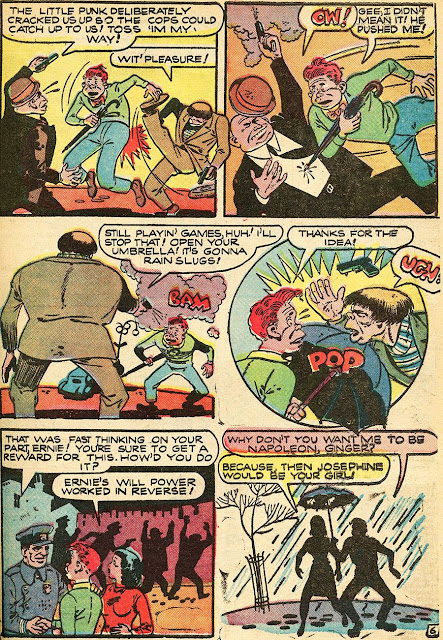 Although Ernie may only have had three appearances in the comics, he got a pretty good ending to his stories.

-3-
I exist. Barely. Working on that. Some Biographic Notes

9 Most Popular Recent Posts (Past 30 Days)

I Probably Haven't Posted In Ages. Go Read These Instead: 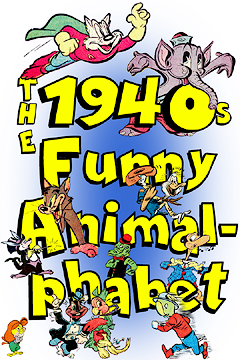 This blog is created & maintained in the USA. Isn't it cool how you can travel the globe, sending your signal out around the world and bringing back what you find without ever leaving your home?
Welcome to the USA! Please obey all laws while you're here. (And check your pockets when leaving)

Only artwork indicated to be created by me is © -3-. All other artwork is copyright (and/or tm) by the various artists, publishers, and owners. No claim of ownership is made beyond artwork by -3-.
All other works are displayed only for review and discussion purposes.